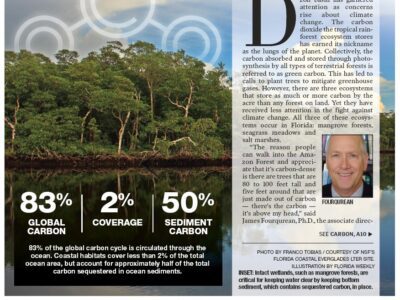 DEFORESTATION OF THE AMAZON basin has garnered attention as concerns rise about climate change. The carbon dioxide the tropical rainforest ecosystem stores has earned its nickname as the lungs of the planet. Collectively, the carbon absorbed stored through photosynthesis by all types of terrestrial forests is referred to as green carbon. This has led to calls to plant trees to […] 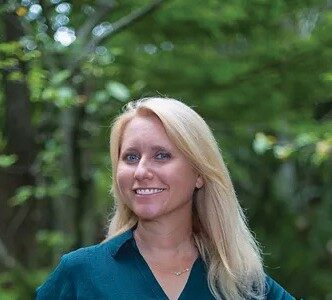 Jupiter’s beloved Busch Wildlife Sanctuary, a family-friendly destination for animal encounters and nature experiences, will move to a much-needed new home next spring. Following a ceremonial groundbreaking in March on a 19.4-acre piece of property six miles west of the current location, construction continues on the $18 million facility that will broaden the nonprofit’s impact on keystone species. “If everything […] 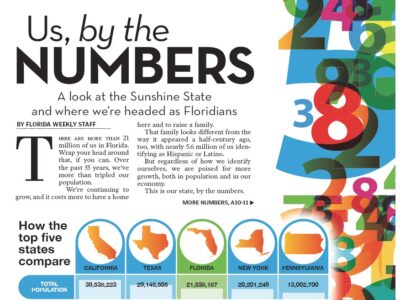 Us, by the NUMBERS

THERE ARE MORE THAN 21 million of us in Florida. Wrap your head around that, if you can. Over the past 55 years, we’ve more than tripled our population. We’re continuing to grow, and it costs more to have a home here and to raise a family. That family looks different from the way it appeared a half-century ago, too, […] 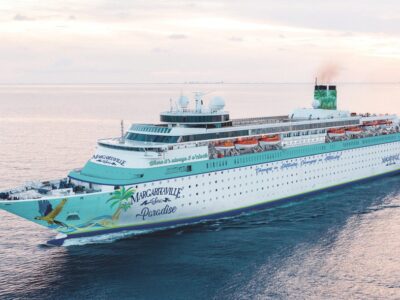 Margaritaville at Sea Paradise sails from Port of Palm Beach.

The son of a son of a sailor has put his stamp on a first cruise ship — and it’s sailing from the Port of Palm Beach to Grand Bahama Island. Jimmy Buffett’s Margaritaville brand is now oceanbound aboard the Margaritaville at Sea Paradise, a 658-cabin cruise ship sailing to Freeport every three days. The ship isn’t new. Built in […] 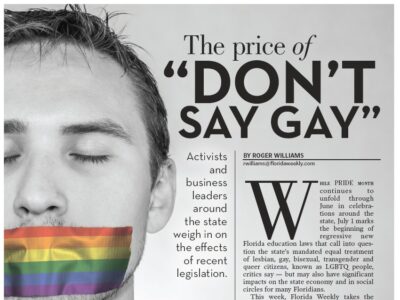 The price of “DON’T SAY GAY”

Activists and business leaders around the state weigh in on the effects of recent legislation.

WHILE PRIDE MONTHcontinues to unfold through June in celebrations around the state, July 1 marks the beginning of regressive new Florida education laws that call into question the state’s mandated equal treatment of lesbian, gay, bisexual, transgender, and queer citizens, known as LGBTQ people, critics say — but may also have significant impacts on the state economy and in […] 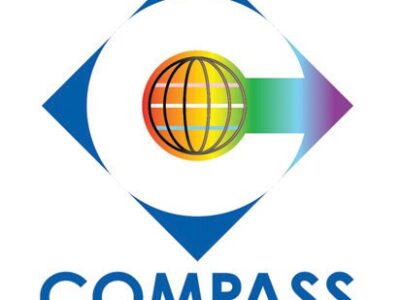 Aiming to advance pride in South Florida, Compass Community Center is taking its community initiative to the Cox Science Center and Aquarium for the first time, fundraising with an evening dubbed the Stonewall Ball to help ensure access to healthcare resources, regardless of gender identity, sexual orientation or race. In the main hall of Compass, a community center with glossy […] 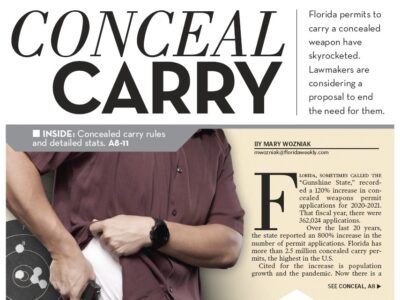 Florida permits to carry a concealed weapon have skyrocketed. Lawmakers are considering a proposal to end the need for them. 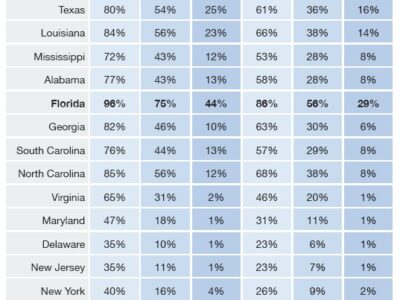 Hurricane season has arrived. Time to trim the trees, remove the brush, batten down projectiles, get supplies ready and learn the surge potential and evacuation instructions for your home. A plus, though — through June 10, storm-preparedness supplies are tax-free in Florida. The National Oceanic and Atmospheric Administration is predicting 14 to 21 named storms during the season that runs […] 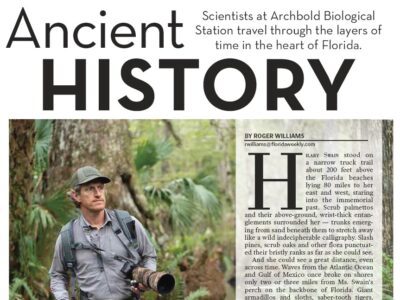 Scientists at Archbold Biological Station travel through the layers of time in the heart of Florida.

HILARY SWAIN stood on narrow truck trail about 200 feet above the Florida beaches lying 80 miles to her east and west, staring into the immemorial past. Scrub palmettos and their above-ground, wrist-thick entanglements surrounded her — trunks emerging from sand beneath them to stretch away like a wild indecipherable calligraphy. Slash pines, scrub oaks, and other flora punctuated their […] 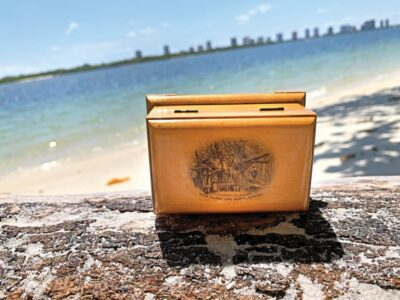 A souvenir of Florida’s nearly forgotten past

In Rochester, New York, a little wooden box lay forgotten on an estate table sale; a knickknack bought by a Florida tourist more than a century ago. I never went looking for such an object, because I never would have believed it could even exist. I love South Florida history, and I love sharing it even more, those hidden stories […]

Category Pages are limited to 370 days. Please use the archive page or the search box to find older articles.