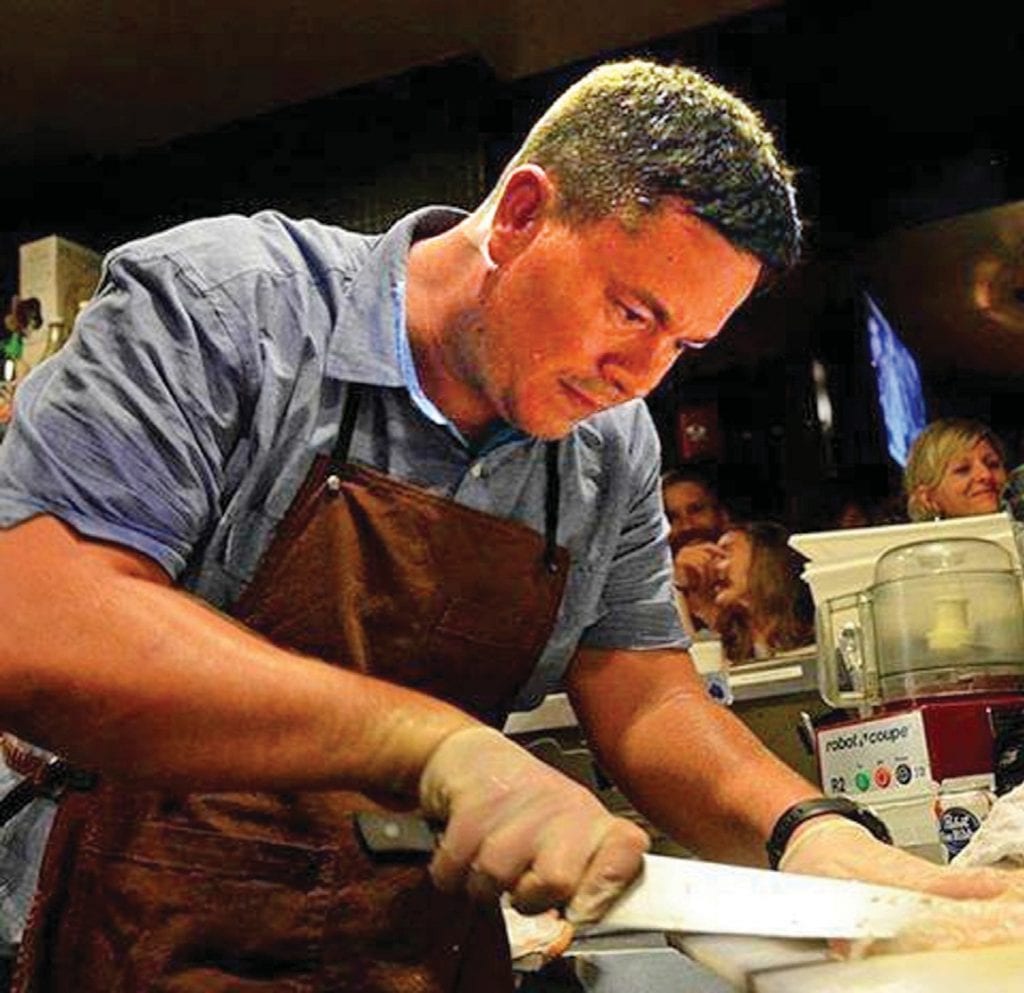 John Thomas, formerly of Tryst in Delray Beach, will helm the kitchen at Sassafras, the Southern-inspired restaurant set to open on Narcissus Avenue in downtown West Palm Beach. COURTESY PHOTO

Rodney Mayo is at it again. This time with Sassafras, “the most food-centered restaurant in his group,” says chef John Thomas, who will head up the kitchen.

Mr. Mayo is behind a number of popular restaurants and clubs in his hub of downtown West Palm Beach, including Hullabaloo, Kapow!, Subculture Coffee, The Lost Weekend, Voltaire and Respectable Street.

This will be his first foray into Southern cuisine.

“We’ll have some traditional fare, but we’ll think outside the box and keep it innovative and unique as well,” Mr. Thomas said.

The former chef at Tryst and 32 East in Delray Beach was known for his teabrined fried chicken, so this staple, using his recipe, will be on the menu, he said.

As much of the ingredient list as possible will be sourced locally, he said. “It’s a cliché to say farm to table and I hate that term. It’s obligatory today when you open a restaurant that is quality driven, it’s something that should be expected.”

Working with Nick Morforgen at 32 East for over a decade, he learned early on about food quality and working with local farms.

Part of the Sassafras menu will have raw items, as well as a vegetable section. This is a nod to vegetarians, but also represents a lot of what Southern fare is about.

“A lot of Southern food is based on the farm. It’s true some cultures are meatheavy, but there are a lot of regions within the South, and it’s much more versatile than that,” he said.

“It’s a beautiful process today in the hands of these chefs,” he said. He counts Sean Brock, an award-winning chef from Charleston, S.C., as his inspiration.

Sassafras will have an open kitchen, with a communal table in the center of the dining room, and sidewalk seating as well.

A full cocktail program will be designed to complement the menu.

Mr. Thomas has already given a few tastes of his menu at a popup dinner with Jewell Bistro in Lake Worth Beach. Another is planned July 22 or 23, he said.

The Hai House, a Chinese-American restaurant in Palm Beach that opened with fanfare last fall, is going to a limited schedule for summer as they regroup.

Its parent company, Collab Hospitality, is bringing what it calls “seasonal strategy” to the restaurant’s hours.

They’re in the process of redoing the restaurant menu with chefs Kenny Tang and Malcolm Williams, so will be open with a limited list for July and August. A full “reveal” is set for October, while a preview will be available during Flavor Palm Beach in September.

The Friday and Saturday night limited menu has a few classic dishes, a house daily special, and a few dim sum and appetizers. The summer special is still available during this time: a prix fixe for $50 for two.

Meanwhile, the takeout program morphed into a new concept called Nice Rice, a hybrid between the fast-casual and full-serve restaurant, with both takeout and delivery service available.

The Nice Rice menu is old school Chinese takeout, with dishes such as sweet and sour chicken, General Tso’s chicken and shrimp and classic lo mein.

The former South Shore space on Lucerne Avenue in Lake Worth Beach will be home to a new restaurant by Quebecan Andrea Jourdan. Chez Andrea is slated to open in the fall, bringing modern French to the downtown area. ¦