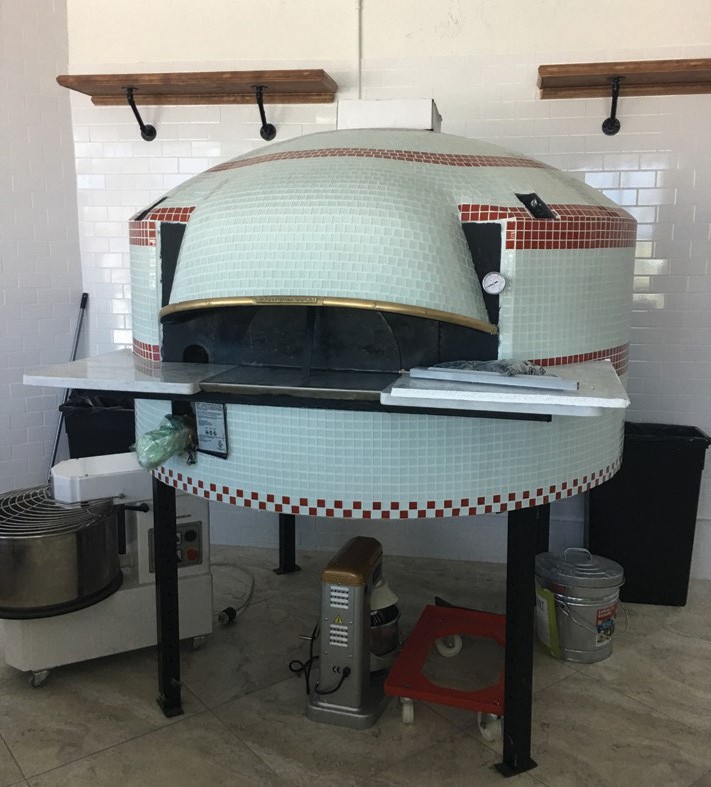 ABOVE: The pizza oven at Lynora’s Market and Deli, which will open in March on Dixie Highway in West Palm Beach. LEFT: The interior of the space, in a former gas station.

The family behind the newly opened Lynora’s North in Tequesta continues to add to their portfolio.

Toward the end of March, watch for Lynora’s Market and Deli to open in a 1950s gas station on Dixie Highway in West Palm Beach.

“In Italy, there are a lot of little neighborhood markets with fresh foods, and prepared foods. My mom has always wanted to do one here,” said Angelo Abbenante. 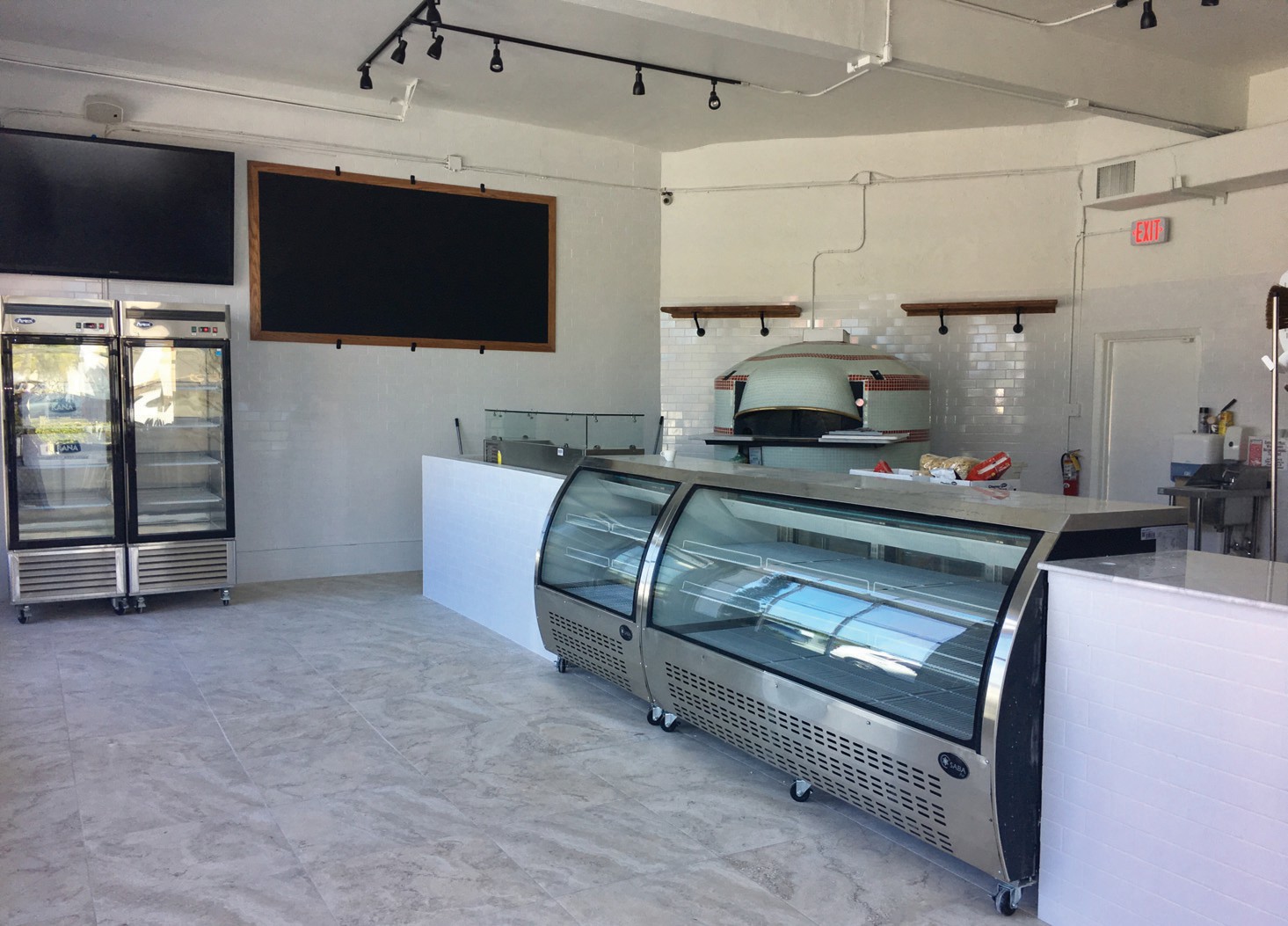 After finding the little space that was in an active neighborhood and a growing culinary corridor, he jumped on it, and is making her dream come true.

Angelo is the son of Lynora’s founders Maria and Raffaele Abbenante, who put their stamp on the county with Lynora’s in west Lake Worth in 1976. The popular, casual pizzeria and pasta restaurant named for Maria’s grandmother served the community for 27 years, until the couple retired.

They came back to work to help open a new Lynora’s in downtown West Palm Beach in 2013, and most recently, the restaurant in Tequesta.

The marketplace that will double as a commissary for all the restaurants, including one planned for western Delray Beach, is next, he said.

Its focus will be grab-and-go prepared dinners and pizzas, as well as imported ingredients to make a meal yourself.

“With all the busy lives out there, it’s nice to go in and pick up a fresh manicotti or lasagne and some meatballs, and just heat it up in your oven.”

Also on site is the wood-burning pizza oven from Naples. Angelo will be in charge of making the Napoletanastyle pizzas; he is a VPN pizza maker. VPN is a certification from the Associazione Verace Pizza Napoletana — an Italian group that takes Napoli-style pizzas seriously, guarding the use of the name. Angelo is only one of two VPN pizzamakers in Florida.

It’s white tiles with red, matching the wall tiles that give the small space a retro feel. Only a couple of seats for sandwich-eaters at lunch will be available inside; the prepared food cases will take up the rest of the space not used by the kitchen.

Along with imported Italian specialty foods such as cheeses, canned tomatoes, olives, and oils, there will be fresh pasta made on site, and fresh Italian bread, baked by Raffaele.

“Our longtime customers will recognize it from the old restaurant. It’s the old recipe from 1976,” Angelo said.

The market will be at 3301 S. Dixie Highway, West Palm Beach. Hours, tentatively scheduled, are 11 a.m.-8 p.m., Monday through Saturday.

Seems to be the year for hot dogs. Chicago Hot Dog is opening in the Home Depot plaza on Northlake within the next week. Alan Goldberg, who grew up in Chicago, will bring to the area Chicago Vienna all-beef dogs and the expected condiments, along with hand-cut Idaho potato fries and Chicago “supreme” tamales. Watch here for more details when it opens. … Leila, a downtown West Palm Beach Mediterranean, has launched a midday mezze to the restaurant. Diners can choose their own sampler platter that includes hummus, falafels, and baba ghanoush. A special prix fixe menu, $20, is a full meal of appetizer, entrée, and dessert. The signature dish is Shish Tawook, a marinated chicken breast with lemon. ¦