Actor Henry Winkler muses on a career ranges from Fonzie to his latest, a travel series 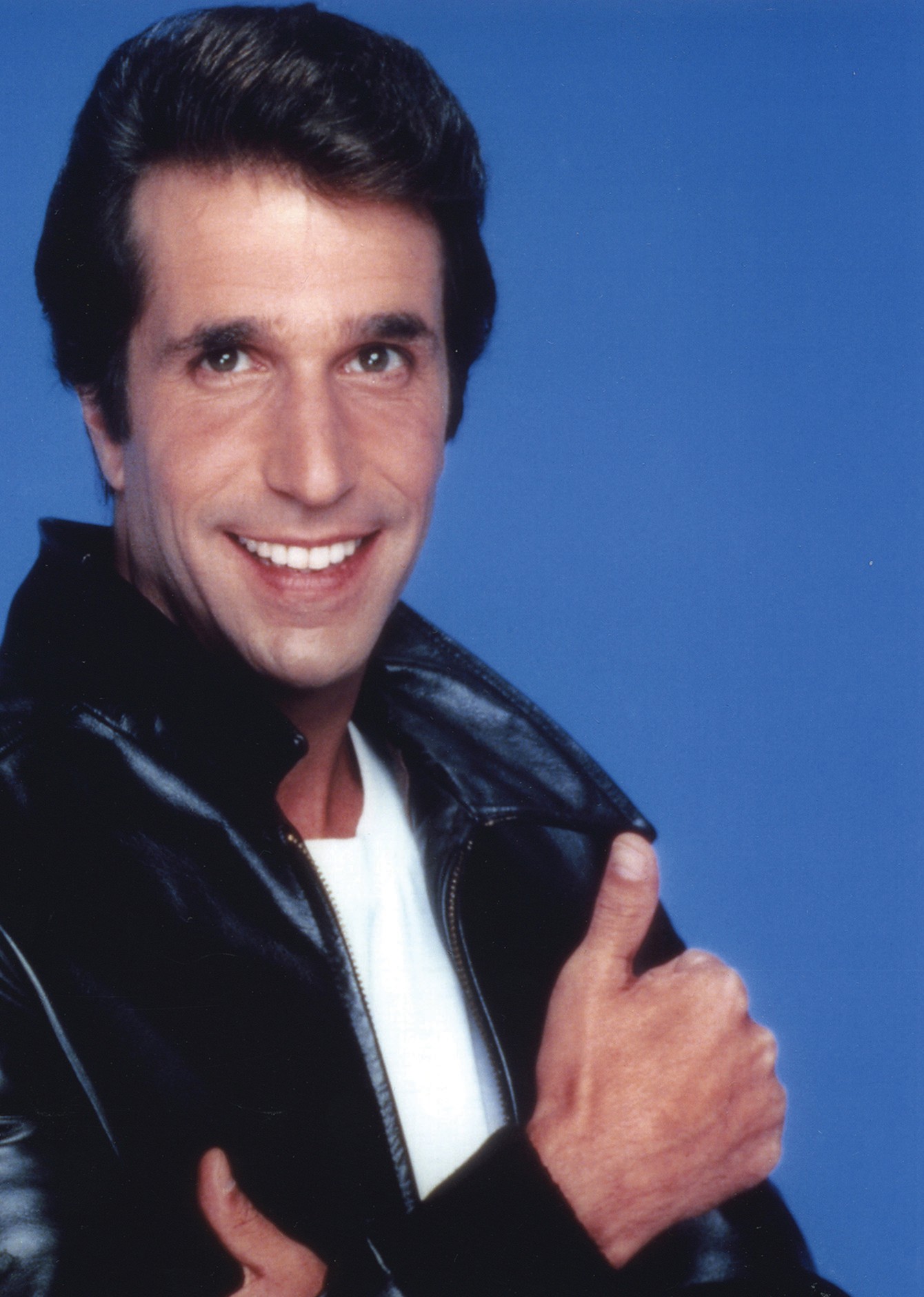 . Henry Winkler made a name for himself as Fonzie on “Happy Days.”

HENRY WINKLER BEGAN HIS TALK to the residents and guests of La Posada with a joke about circumcision. His second audience of the day ate it up.

The 71-year-old actor, a son of “short, German Jews” who became immigrants in New York, had his audience at the Palm Beach Gardens senior living community laughing again and again, even as he delved into the darker struggles he faced growing up.

“I succeeded because of tenacity, and gratitude,” he said. “They will get you where you want to go.”

Well known internationally as Fonzie — Arthur Fonzarelli from the long-running TV series “Happy Days,” a miscreant father on “Royal Pains,” and most recently, part of a quintet of actors in a travel reality series, “Better Late Than Never,” Mr. Winkler spoke about his lifelong battle with learning disabilities as an undiagnosed dyslexic. 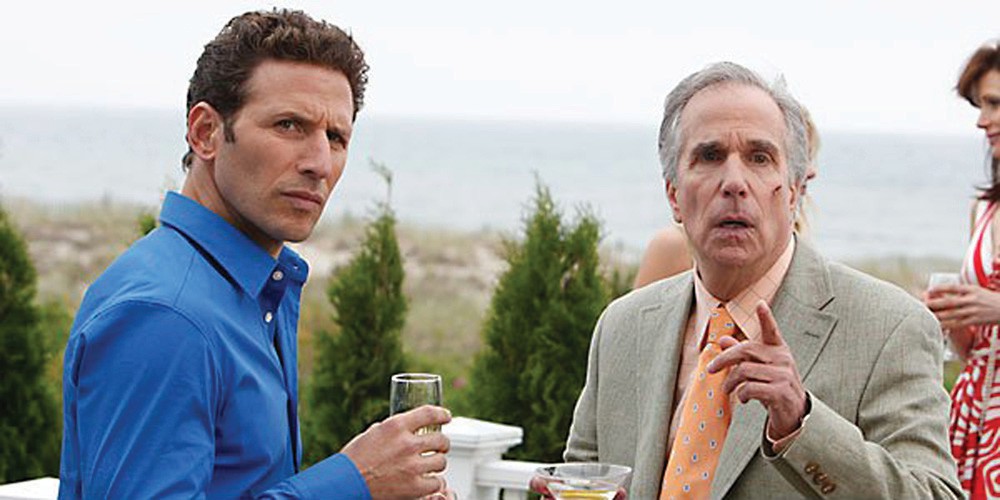 A dismal student, he was picked on, he said, but “I was a great dancer — it’s how I got by socially. I won every dance statue they had. But I was in the bottom 3 percent academically nationwide.”

He graduated, but not with his class. “I got my diploma in the mail. After I took the same geometry class for four years — and finished in summer school. I still can’t do math.” 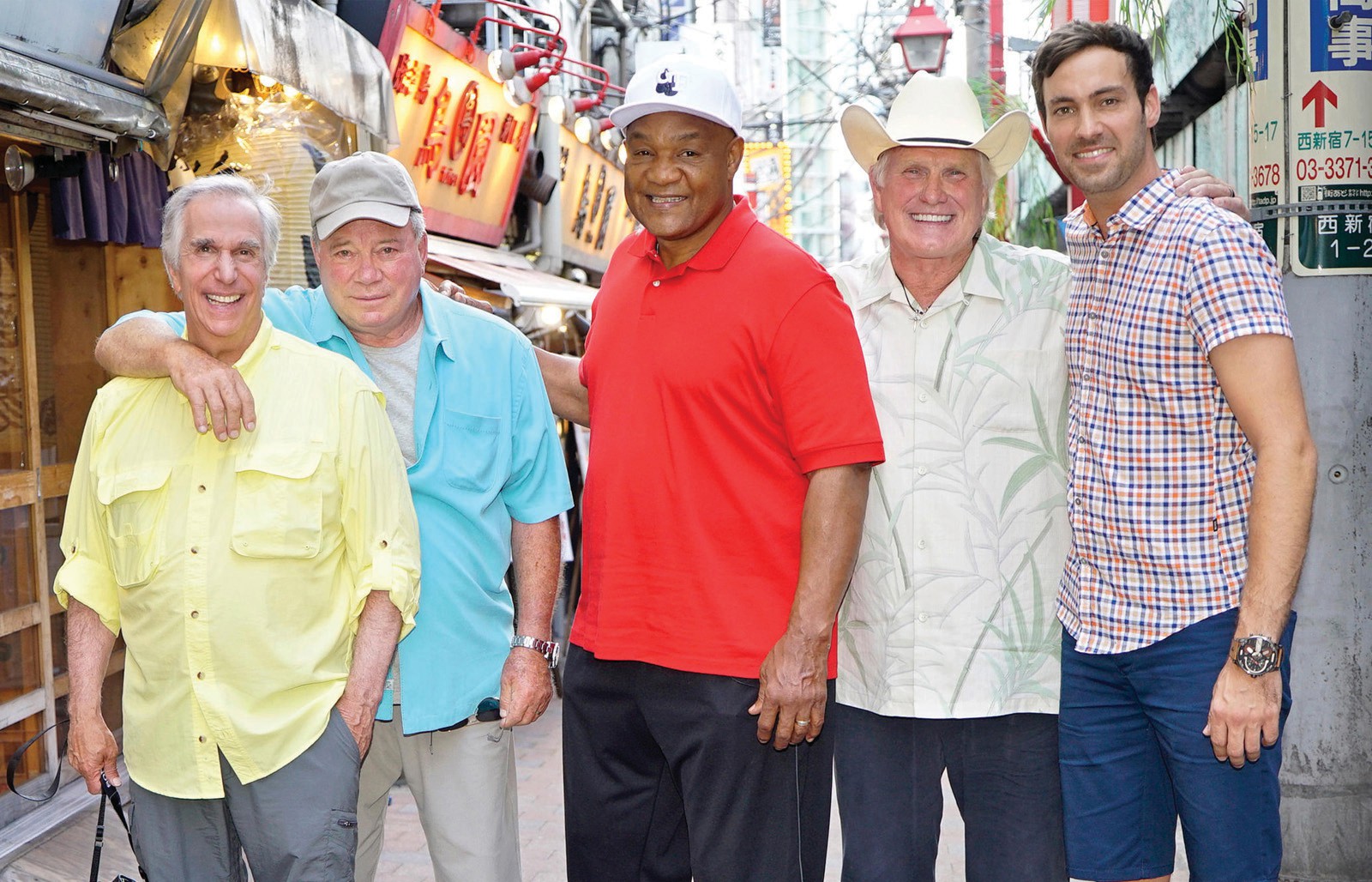 Henry Winkler, William Shatner, George Foreman and Terry Bradshaw embark on the journey of a lifetime, traveling across Asia on their own in “Better Late Than Never,” with a little help from comedian Jeff Dye.

But, he joked with a characteristic Fonzie accent, “In the many decades since I left school, not once — not one time ever — has anyone ever said the word ‘hypotenuse’ to me.”

Throughout school, his parents thought he wasn’t making the effort, and labeled him a lazy dummhund — “dumb dog.” The stigma was real for him. 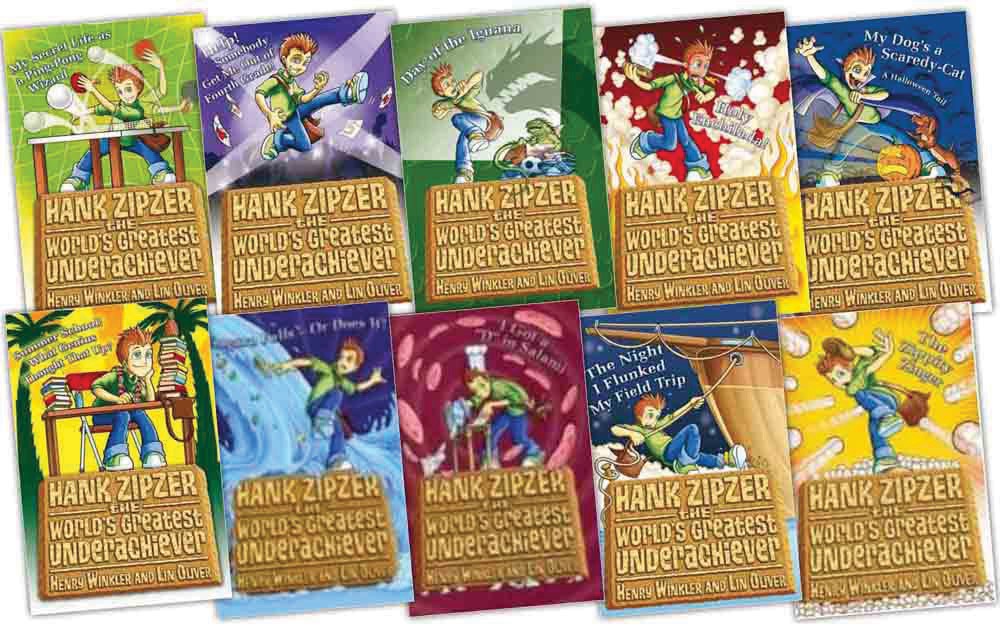 Henry Winkler has co-authored the “Hank Zipzer” series of children’s books. So far, there are 34 books in the series.

“Day after day you hear this, you believe it,” he said. “It’s the worst thing you can do to a child.”

It wasn’t until he was 31, when he saw his son diagnosed with the disorder, that he figured out it was what had plagued him all through school, affecting his ability to learn.

“I wasn’t stupid after all. I had a learning challenge.”

After years of negativity, he turned the disorder into a positive, becoming a successful children’s author as a second career. “I have it to thank for my tenacity,” he said.

He knew was destined to be an actor “since I was 7,” though his low grades in high school kept him out of the drama club.

Despite the academic problems, and warnings from “bad teachers” that he’d never make it, he was still able to get into college. He applied to 28 colleges before being accepted by Emerson in Boston. He went on to graduate with a master’s in acting from Yale’s drama school. “Hard to believe, I know.”

His parents dismissed this career choice, and always assumed he’d go into the family business of importing and exporting wood. “The only wood I was interested in was this.” He pointed to a slide of the Hollywood sign.

Not long after college, he landed jobs in commercials. He parodied the Yale acting teachers who sniffed at sales work, then wanted to know, “How’d you get the job?”

He sold Schick razors and H & R Block taxes, among many others, saving up to go to Tinseltown.

He went to Paramount Studios to an audition the next week for a small part on the “Mary Tyler Moore Show,” as Rhoda’s date, then for a part in the “Bob Newhart Show.” Director Garry Marshall was at the audition table, casting for his new series, “Happy Days,” and watched Mr. Winkler.

“I had the largest sweat stain in the universe,” he said. “I told them up front I was so nervous.”

He was auditioning for the Fonzie role, a small part written into the series about a 1950s family.

“I was getting ready to pack to go back to New York, and it was my birthday — Oct. 30. I got a call and they asked if I’d like the role. I said yes, on the condition that they would let me show the character’s other side.”

Bad boy biker Arthur Fonzarelli was a different guy once he took off that jacket, he told them.

They agreed, and he went on to bring Richie Cunningham’s friend to life, becoming a star in his own right.

He molded the role as his own, butting heads with producers and the network. There was the comb and mirror scene he changed from the script.

“They wanted me to comb my hair. I didn’t want to. Garry insisted. ‘It’s in the script. Just play it the way it’s written.’

“So I had the comb in my hand, got to the mirror, and stopped, and turned my hands up.” He mimed the now iconic move. “‘Heyy.’ I said to the mirror.” The Fonz was already perfect, he decided.

The “Heyy” became a signature tagline for him. “I could use it for anything — ‘Heyy whassup?’ ‘Heyy’ covered a lot of things.”

About that leather jacket that now hangs in the Smithsonian Institution: “It almost wasn’t leather. They had me wearing a cloth sport coat at first. The network thought leather was too much of a bad boy image.

“We argued if I was riding a motorcycle, I’d wear leather so I wouldn’t get hurt. Garry got them to agree to let me wear leather if I were filmed with the motorcycle. After that, there was my motorcycle in every scene.

“They eventually relaxed it and I could wear leather any time,” he said.

He’s gone on to direct and produce films and TV movies, as well as act in many.

Learning his lines for “Happy Days” and all the films and TV work was “very, very hard work,” he said. “I get 90 percent right today.”

The dyslexia is still problematic, so he gets scripts early to go over and over, he said, till he knows the lines.

Other situations aren’t as easy to fix. “I still can’t read street signs, so if I’m coming home at night, and can’t see the familiar things in the dark, I’ll drive right past my own street.”

Married to his wife, Stacey Weitzman, for 39 years, the actor has two adult children, and an adult stepson. He is a grandfather twice over, “with one on the way.”

In his other life, he’s a children’s author of the Hank Zipzer series of chapter books, meant for first- through fifth-graders. The series, now on its 34th book, is co-written with Lin Oliver.

“She writes on the computer while I talk. She reads it back and we argue, then if it’s funny, it goes in the book,” he says.

Hank Zipzer is Mr. Winkler as a child. He’s picked on, and gets caught up in all the kid stuff he remembers at school and at home. Only there’s a fun spin to it, and an ending always with a message of encouragement and positive words.

He’s proof, he says, that the “I can try” line works: He’s an avid fly fisherman and now photographer. He does point-and-shoot with his phone and captures mirror images reflected in water — a favorite subject.

He’s written a book about his revelations while standing in the rivers in his adult book, “I’ve Never Met an Idiot on the River: Reflections on Family, Fly-Fishing and Photography.”

He continues to act — his lifelong passion.

In May, a new HBO series he’ll co-star in, “Barry,” from actor Bill Hader of “Saturday Night Live,” will premiere. It’s the story of a hit-man-turned-wannabe-actor. Mr. Winkler plays Barry’s foul-mouthed but inspiring acting coach.

Of the role, he said, “It fell from the sky, from heaven, right into my lap.”

Right after its debut, he’ll return to the road and sky to film another season of NBC’s “Better Late Than Never.” He calls it a “life-affirming series.”

With buddies William Shatner, Terry Bradshaw, George Foreman and the youngster of the set, actor Jeff Dye, he’ll be dropped into a foreign country to become a “fish out of water,” he says.

He has a ball filming with the diverse team. “They’re all great,” he said, albeit each with quirks.

Both Terry Bradshaw and George Foreman (now the Rev. Foreman) have trouble with Mr. Winkler’s foul language. William Shatner wants to quote pages from books he’s read. “And he’s read every book on everything and knows every page,” Mr. Winkler said, sighing.

It’s got a large following — viewers like watching the men squirm, presented with odd customs and strange foods outside their comfort zones.

He rolled the speech back around to his takeaway — the line he wants all the grandparents in the room to say to the young people in their lives. He wants them to build them up and offer only positive words and encouragement.

“You have to try. Anything really is possible.” ¦