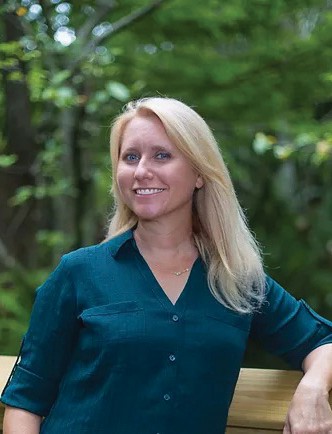 PHOTO Amy Kight, executive director of Busch Wildlife Sanctuary, says she hopes to encourage a love of nature in people who otherwise might not be exposed to it. COURTESY

Jupiter’s beloved Busch Wildlife Sanctuary, a family-friendly destination for animal encounters and nature experiences, will move to a much-needed new home next spring.

Following a ceremonial groundbreaking in March on a 19.4-acre piece of property six miles west of the current location, construction continues on the $18 million facility that will broaden the nonprofit’s impact on keystone species.

The sanctuary will nearly triple in size when it relocates to 17855 Rocky Pines Road. Improved care for injured and sick critters who will be treated at a stateof the-art, 4,000-square-foot hospital will ensure a greater rate of return to the wild – a primary goal of the organization.

“The coolest thing is when you actually get to release them,” Mr. Busch said, noting that between 40% and 50% of all patients undergo rehabilitations successful enough to allow them to be set free, “which is not a bad number considering some of the stuff we see.” 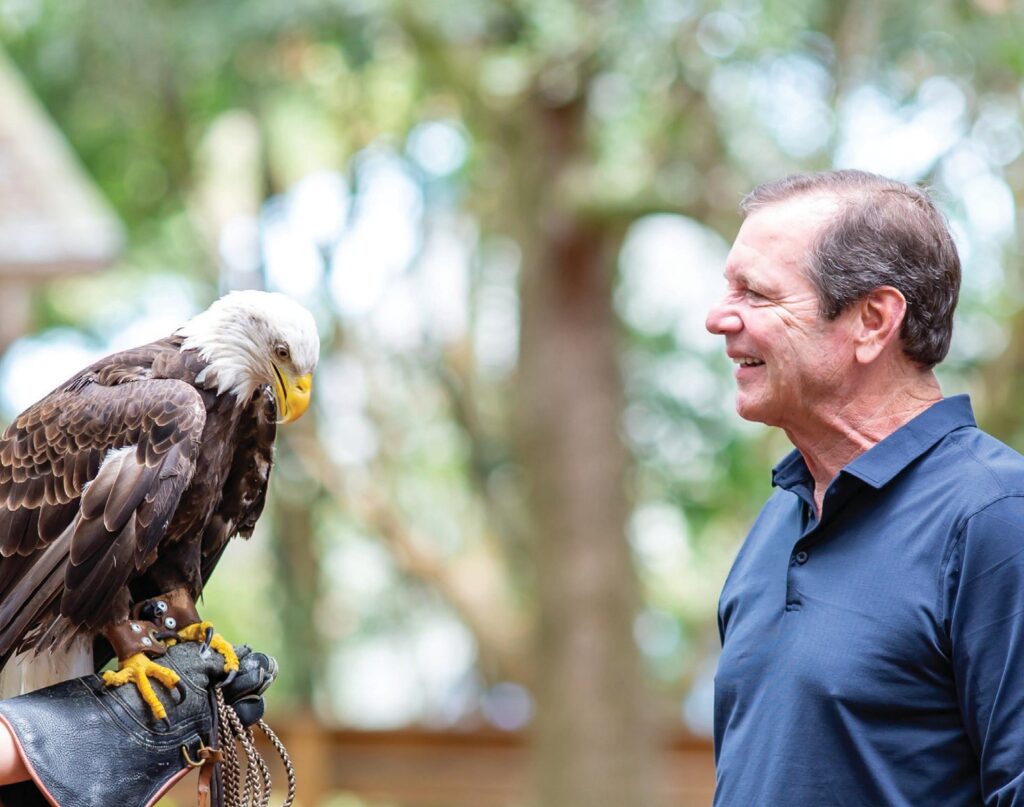 Humans cause almost all injuries to patients, who usually are found after being hit by a car, shot by a gun, trapped in electrical or mechanical equipment or other bad situations.

“It’s a shame,” Mr. Busch said. “It breaks my heart to see that kind of stuff. If we could just be a little bit more aware of the animals that are out and about…”

Educating the public about opossums, owls, raccoons and more is another primary goal of the organization.

“If we don’t have stewards, the situation is only going to get worse,” Mr. Busch said. “The more people can see and understand what we’re trying to do, the better off we are. To that end, I’m very, very excited about our new facility.”

The capital campaign to cover the costs of the project could be buoyed by a pair of state grants. One would earmark $500,000 for kindergarten through-12th-grade education programs, and another would distribute $268,000 toward a 2,800-square-foot amphitheater. With $5 million raised from the private sector so far, the Nurture What’s Wild effort has a long way to go.

“I never thought we’d be where we are now,” said Amy Kight, executive director. “We need to expand. I’ll do whatever it takes to protect our animals and keep them safe, and if it means I have to fundraise, then that’s what I’ll do.”

Since its humble beginnings in 1983 in the back yard of former executive director David Hitzig’s Miami home, the popularity of the sanctuary has skyrocketed. In 1998, the base of operations moved to 2500 Jupiter Park Drive on land owned by the Loxahatchee River Environmental Control District. Last year, more than 200,000 guests — 20,000 of them students — visited, and 6,000-plus animals were treated.

The 19.4 acres was purchased in November 2020 for $1.6 million. Upon completion, the site will feature a 6,880-square-foot environmental-education building and more than 20 habitats for everything from alligators to tortoises to water birds in addition to the hospital and amphitheater. The hospital will have a pair of intensive-care wards, separate avian and mammal wards, a quarantine ward and a fulltime veterinarian. The amphitheater will have an indoor area with a classroom, space for the animals, a kitchen and restrooms. The free-admission policy will remain.

“By providing consistent and unfettered access, we’ll hopefully be able to engage those socioeconomic communities, where nature does not play a very big role, in embracing nature,” Ms. Kight said.

The first phase of the project entails building the habitats and moving the 200 “ambassadors” — the permanently impaired animals who will live out their lives at the sanctuary. Arvy the brown pelican is one of them. Gary the Canada goose is another. Greyson the gray fox and Trixie the red fox are friendly, playful and surprisingly vocal. Charlie and Tater Tot, both river otters, love to chase each other around their habitat. Stu the whistling duck is a fan favorite.

“Everybody loves Stu,” Ms. Kight said. “Nobody can leave without visiting Stu. Stu is the star.”

Moving the “ambassadors” is the easy part. The hard part is raising the money to be able to do so.

“Building the habitats and opening the hospital come first so we don’t have to turn any animals away,” Ms. Kight said. “The second phase is to open to the public. So it’s really going to depend on the public.” ¦