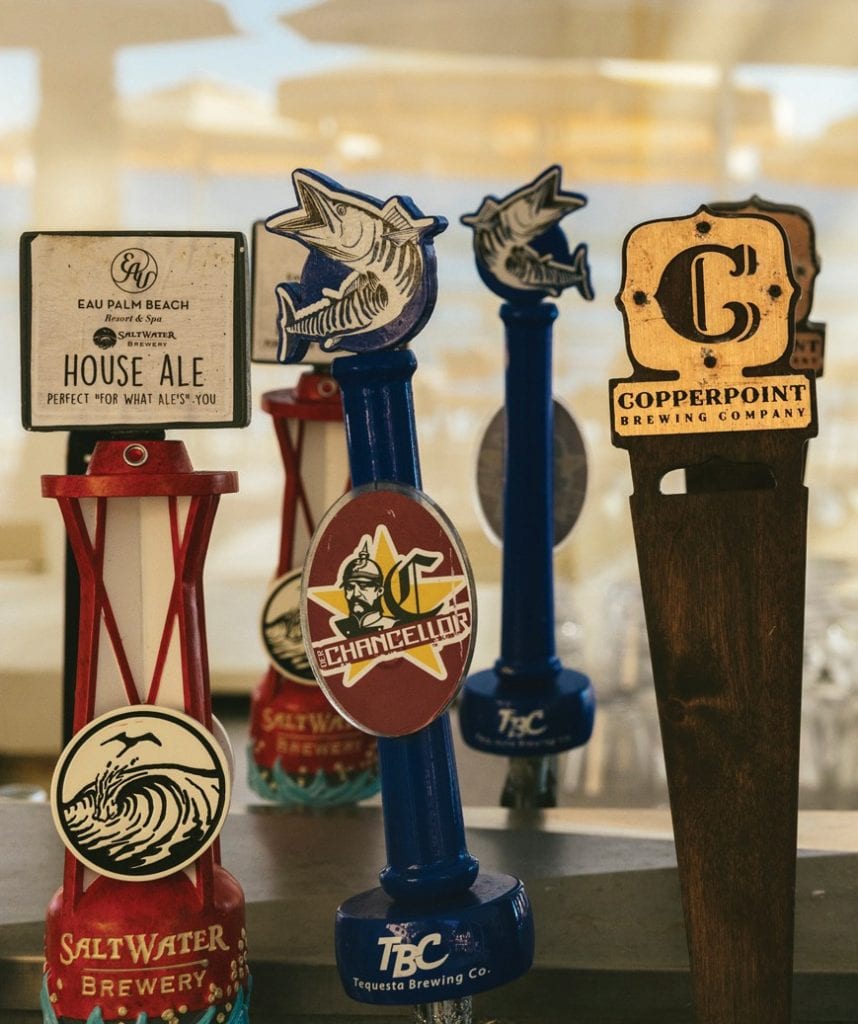 Beers from a variety of local brewmasters will take center stage this weekend at Eau Palm Beach Resort & Spa. PHOTO BY NICHOLAS MELE

They’re brewing up a celebration of beer at the Eau Palm Beach this weekend, with the Barley & Hops experience at the resort.

It kicks off with a Brewmaster’s Dinner at Angle on Friday night, with the Barrel of Monks Brewery from Boca Raton pairing their beers with the chef’s five-course meal. (Guests also can get in on National Rum Punch Day at Breeze Ocean Kitchen, where $5 rum punch specials are on tap.)

The menu includes bangers and mash, a composed citrus and prosciutto salad, salmon with smoked potato butter and Brussels sprouts, a lemon wit granite intermezzo, quail with apple, cornbread, chanterelles and a dubbel jus; with a finale of a baked Alaska. All courses feature a beer within the recipes.

The 4th annual Craft Burger & Beer Day is the big deal Saturday afternoon, when a contest takes place between the resort’s chefs and breweries to see who can create the best burger-beer pairing. 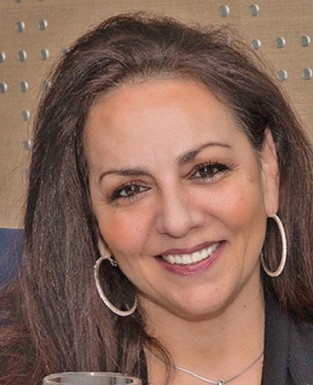 Beer samples and unlimited sliders are included in the $75 ticket, and portions go to Hurricane Dorian relief efforts.

The weekend ends with the Barley & Hops Oceanfront Brunch on Sunday starting at 9:30 a.m. An a la carte menu and “liquid brunch bar” are part of the event at Breeze Ocean Kitchen. A special “Eau Knows: Protecting the Sea Turtle” presentation will be made by the Loggerhead Marinelife Center and Saltwater Brewery, partners in sea turtle research and public awareness campaigns.

For information about the event, and special packages at the resort, visit www.eaupalmbeach.com, or for tickets go to www.eventbrite.com and do a search for Eau Palm Beach.

“It’s a new, unique take on group dinners,” Ms. Morgan said. “It’s like a wine dinner, or beer dinner — this is a travel dinner.

“Each dinner will focus on the food and drink of a different worldwide destination.

The twist is, three guests will win complimentary accommodations for two at a hotel of their choice at that destination. So, the first one’s Hawaii.”

Diners will be immersed in the culture of the destination from the start at the dinners. At the first one, they’ll be greeted with a lei, Hawaiian music and a room decorated to evoke the Pacific Islands.

A multicourse menu inspired by foods from the island will be created by chef Stefan Afonso of Fresh Nation.

After the dinner, three diners will win a six-day, five-night hotel stay in Waikiki.

While travel restrictions apply, Taste and Travel is not associated with timeshares in any way, Ms. Morgan said.

“Accommodations are complimentary at destinations worldwide,” she said.

Ms. Morgan partnered with Redeem- Vacations to create the dining series, and a tie-in to St. Jude’s Hospital means a donation for every trip planned.

For information about the first dinner, visit the website, www.tasteandtravel dinners.com.

Swank Farms owners have announced the upcoming season’s lineup of Swank Table meals, this year going outside the state to showcase noted chefs at the farm.

Chefs from Detroit, New Orleans, Raleigh/Durham, Nashville and Maine will join chefs from South Florida to present their foods to guests in the pole barn on the 20-acre farm in Loxahatchee Groves. It has communal table settings, where interaction with other diners makes for a unique experience.

Chefs are joined by mixologists and breweries also from the area, and musicians perform on the elevated stage.

Farm tours are available before the meals and guests are encouraged to wander the fields and often can see workers in action.

This year’s schedules include new events, including Chefs For Sustainable Seafood; SHE Feasts — an International Women’s Day Celebration; Mambo Italiano; Flock of Lambs; and Tres De Mayo: A Mexican Fiesta. The popular White Party and Throwback to the ’70s are also on the books.

The season starts with a brunch Nov. 17, and ends May 10 with Mother’s Day Brunch.

For tickets and more information, go to www.swankspecialtyproduce.com.