In this series of occasional stories, visual and performing artists discuss their work habits 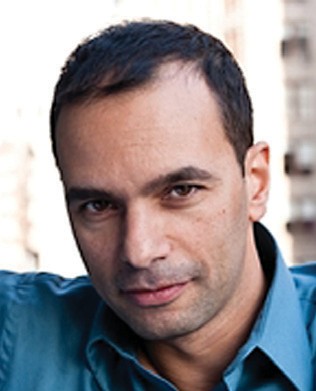 He has exhibited in Florida at the Elaine Baker Gallery in Boca Raton and the Ann Norton Sculpture Gardens and the Armory Art Center in West Palm Beach. He also exhibited at Art Palm Beach and Art Wynwood.

Mr. Strosberg is known for his skill at capturing people’s expressions and emotions, together with his old master techniques.

Among his works is a portrait of the U.S. District Court Judge Daniel T.K. Hurley, which hangs in the federal courthouse in West Palm Beach.

What inspires you to work on your art? I moved to New York in 2008 and am daily inspired by the city and by the people I meet, whether on the streets or at social events. I meet many socialites, models and New York personalities. 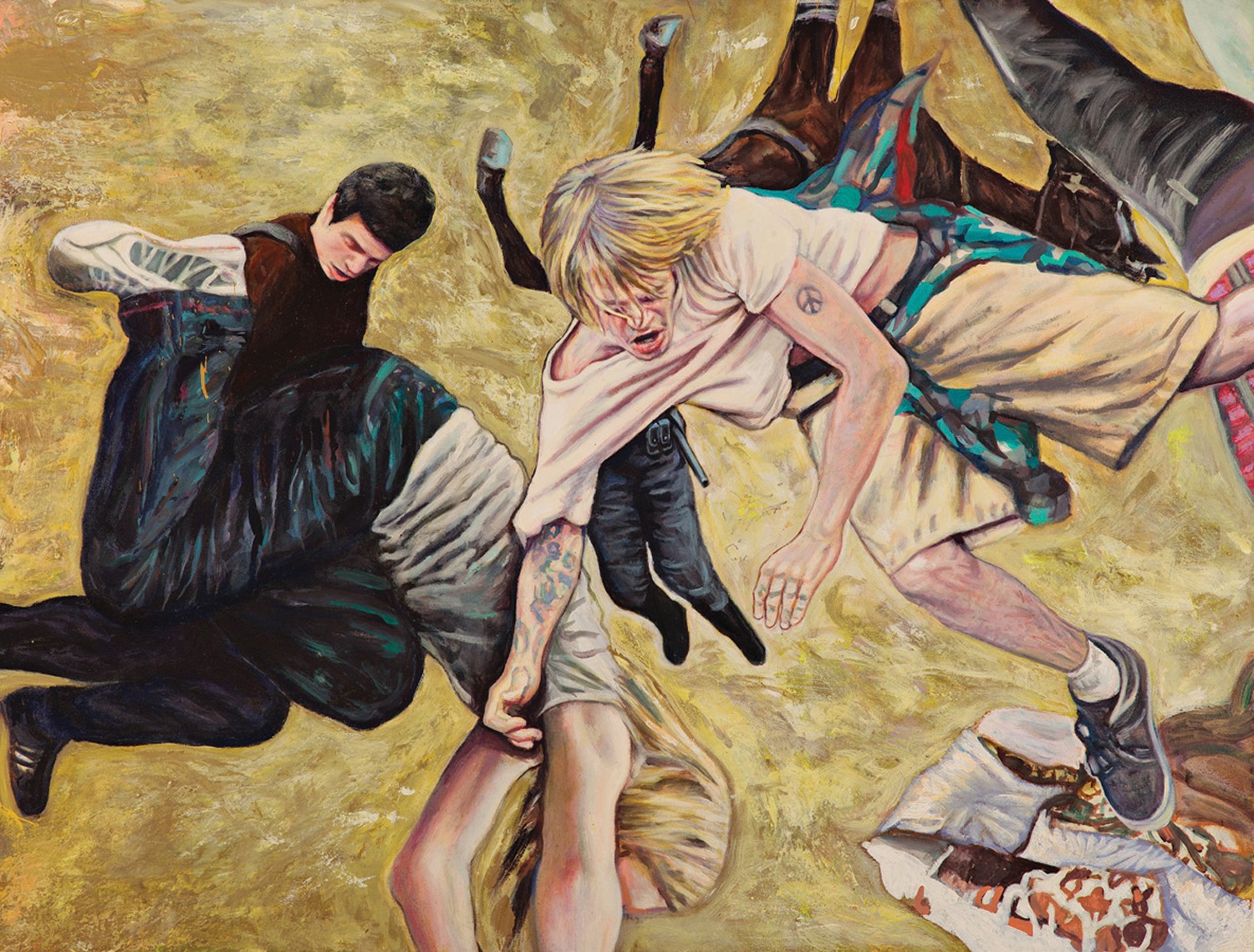 Originally from Belgium, I lived in France for 25 years. I graduated from L’Académie Julian, the graphic design school in Paris where Matisse, Bonnard, Léger and Gaugin all studied. Because I’ve lived and traveled extensively in Europe and the United States, I see myself as a “citizen-of-the-world.”

One is free to be who they choose to be in New York City. If you want to walk around in pajamas, or scream at the top of your lungs, that’s OK; nobody seems to mind. In fact, if anything, it’s encouraged. 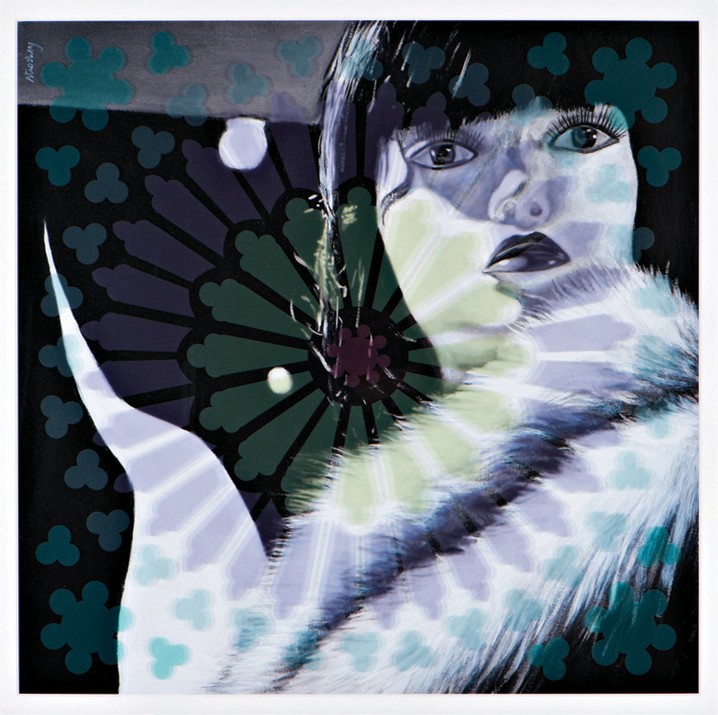 “Green Idol,” from the show, “Agalmatophilia.”

My works reflect the spectrum of city life and a cross-section of the people who inhabit this city. With my paintings, I try to convey a story that is at once immediate and of our time and one that spans the so-called human condition.

I am also influenced by actual sociopolitical events that I read about in the news.

Living in New York during the financial crisis on Wall Street and the subsequent Occupy Wall Street movement has made a strong impact on me and I’ve tried to transmit my feelings through my latest series of work, “The Gold Series.”

The “Gold Series” which I presented with Art Amalgamated at Art Palm Beach 2014, is an experimental body of work re-contextualizing key sociopolitical events that have been energizing the world, particularly since the Great Recession of 2008.

I depict the recent Wall Street excesses by creating very detailed and satirical paintings that leave the viewer with different interpretations. These luminal works of art are not literal but force the viewer to think about the omnipresence of materialism and power in American society.

“Occupy,” is a mystical painting representing protesters from the Occupy Wall Street movement mixed with other international protests.

Protagonists seem to float in the air, in limbo, waiting for the inevitable of coming back to earth.

As an artist I was moved and mobilized by the short-lived OWS movement. I was also puzzled and deflated by the way these movements were crushed by the powers that be and the general inertia of the unsatisfied masses.

As other artworks of the Gold series, the background is painted in a golden haze to emphasize the growing disparity between the 1 percent and the 99 percent.

Is there anything special you do to spark that inspiration? I am an observer of modern society. I am very curious and always keep my eyes and ears open for interesting visuals or people. I do on-line research on internet searching for inspiring images that I can decontextualize and transform.

My previous series titled “Agalmatophilia,” or Love of the Statue, was inspired by observations of my ever-changing neighborhood in SoHo and the high fashion vitrines in my neighborhood boutiques, which reflect the absurdity of society and ubiquitous marketing and fetishism that accompany them.

I created large-scale paintings of half-mannequin/half-human and incorporated modern technology with a multi-media approach to art juxtaposing iconic symbols of faith superimposed on iconic portraits.

I love to explore themes of transformation, questions of authenticity and themes of ‘the other.’

I discreetly push boundaries, reveal subjects to him or herself and to his or her society and reveal secrets.

In portraiture, the artist has to distinguish between fantasy and reality. As between two actors, there is a seduction and ambiguity as well as anxiety and distance stemming from lack of trust.

The metaphysical part of portraiture is to transcend the ambiguity and capture the soul of a human being.

Because people are complex, they never seem to be who they appear to be to us on the outside. People often take on the role that they think other people expect of them. So for me a tall, statuesque beauty may present that image, but once I start painting her, I often find the antithesis.

When do you typically work? I have a loft space in SoHo and work every day all year-long. As an artist, I am constantly envisioning images in my mind and work diligently to put all my ideas on canvas. Many times I’ll work on Sundays if I have a tight show deadline. As other people go to their offices, so I go to my studio and put in a full day of work from 8 a.m. to 5 p.m.

I get my best ideas looking out my window onto Broadway, where the city never sleeps and is constant fodder for my imagination.

I also like the city and its density. I can look out my window here on Broadway and see a whole world passing underneath my fire escape.

When do you know it’s time to put the work away? I stop painting when I have no more turpentine … no seriously, it is never really over. Many times (like most artists, i.e., Titian) I retouch a painting a year later.

I try to do my best to hone my skills and make an artwork that is visually and technically strong and moves people who see it.

My recent “Agalmatophilia Series” and my “Expressionist of Fashion” series are examples where I take risks with my subject matter and technique to avoid becoming formulaic or pandering to commercial interests.

I want my work to be new and as different as possible from anything that’s been done before. I value originality and bring a discerning viewpoint to all my work. ¦