A PRICELESS PEARL OF A CITY 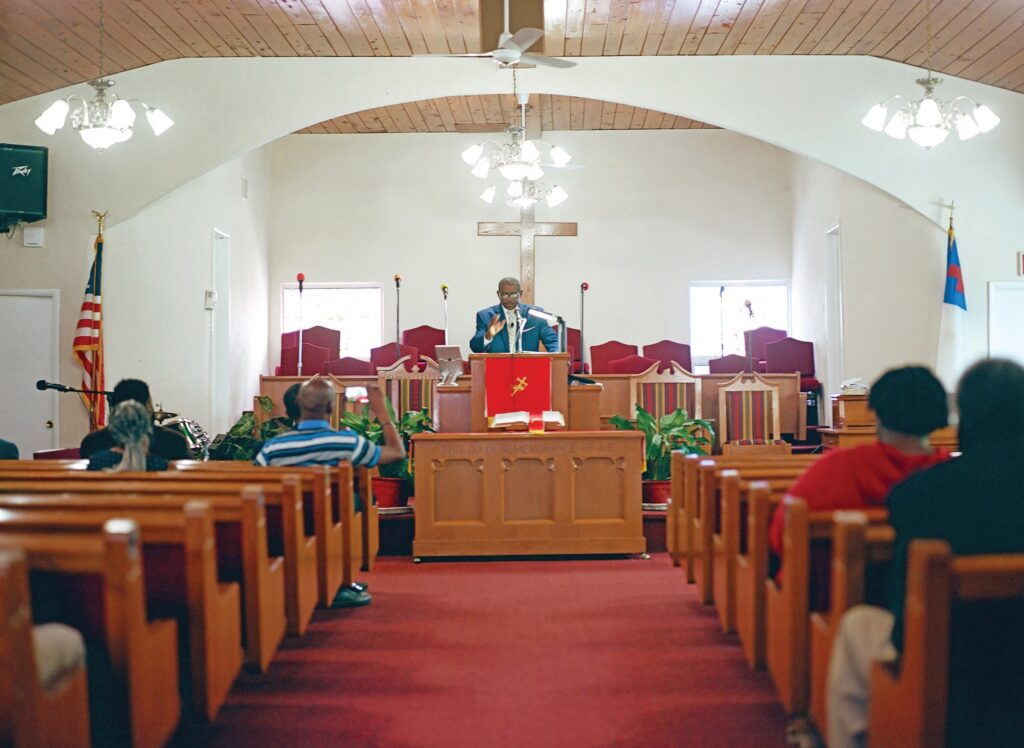 THE OLDEST COMMUNITY IN BOCA Raton has a message for anyone asking if it’s for sale. Rather than using words, it has enlisted a series of candid photographs by an activist photographer to convey the answer: No.

Why not? might be the next question. There’s an answer for that, too. It’s in the expressions and sparkling eyes of “Ms. Katie Mae” and “Mr. John Martin.” Their portraits say a sense of community is sacred and can’t be bought. This is personal to them.

They are the sons and daughters of Pearl City, a historically Black neighborhood founded in 1915 that once extended a rare opportunity for African Americans to own land. Increasingly, it finds itself in the sights of investors and developers preying on its existing resources and potential. A testament to the resilience of past generations and a lesson to future ones, Pearl City is now the protagonist of a special, emotionally charged exhibition half a mile away in Mizner Park.

On view through Jan. 22 at Boca Raton Museum of Art, “Reginald Cunningham: Black Pearls” consists concretely of 24 photographs that survey and pay homage to its current residents, landmarks, and the descendants of the original settlers. But there’s a lot more to it than framed colorful pixels; something that can’t be quite quantified: honor, pride. 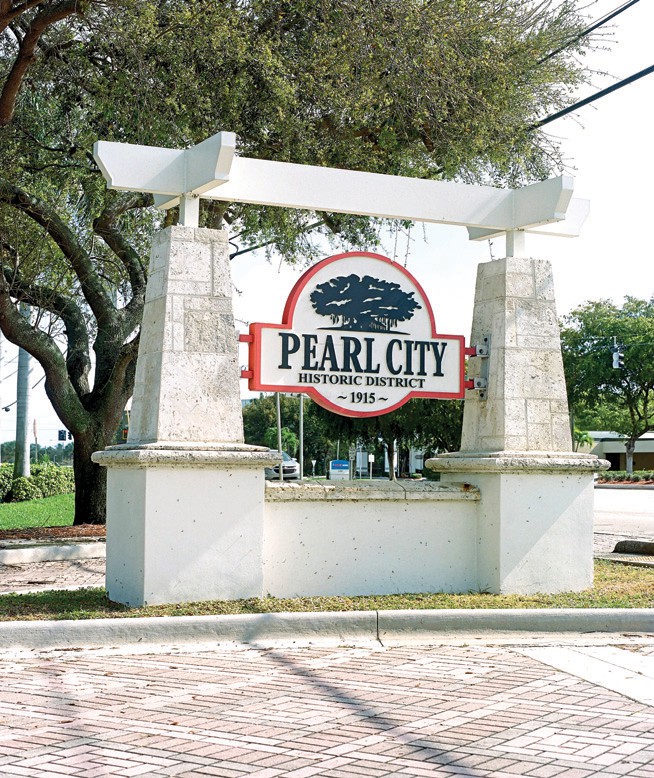 Mr. Martin’s pose is a mix of humility and ego. Standing proudly in a lilac polo shirt and tweed drive cap, he is portrayed looking into the distance, chin slightly raised. He is lost in thought. A lengthy description accompanying the print tells us what he’s reminiscing about:

“It was a place of fun. It was summertime, climbing trees, eating fruits, mangoes, mulberries, and cherries. It was life,” he recalls of the neighborhood that taught him the value of morals and stability.

“Even with all the segregation that was going on, we had a community.”

Meanwhile, the watery-eye closeup of Ms. Mae easily swells the walls of any chest cavity, tightens the throat. Her smile — the hybrid child of joyful pride and a tough life — glides by her tightly sealed lips, not without difficulty. Time has left footprints on her forehead and around her eyes; she wears them proudly. Her striking white hair rises to the deck of her head like foam. From a distance, it resembles a bright halo. As Mr. Martin, Ms. Mae doesn’t look straight at the lens. Being the focal point of Mr. Cunningham’s camera might be too much or too hard. 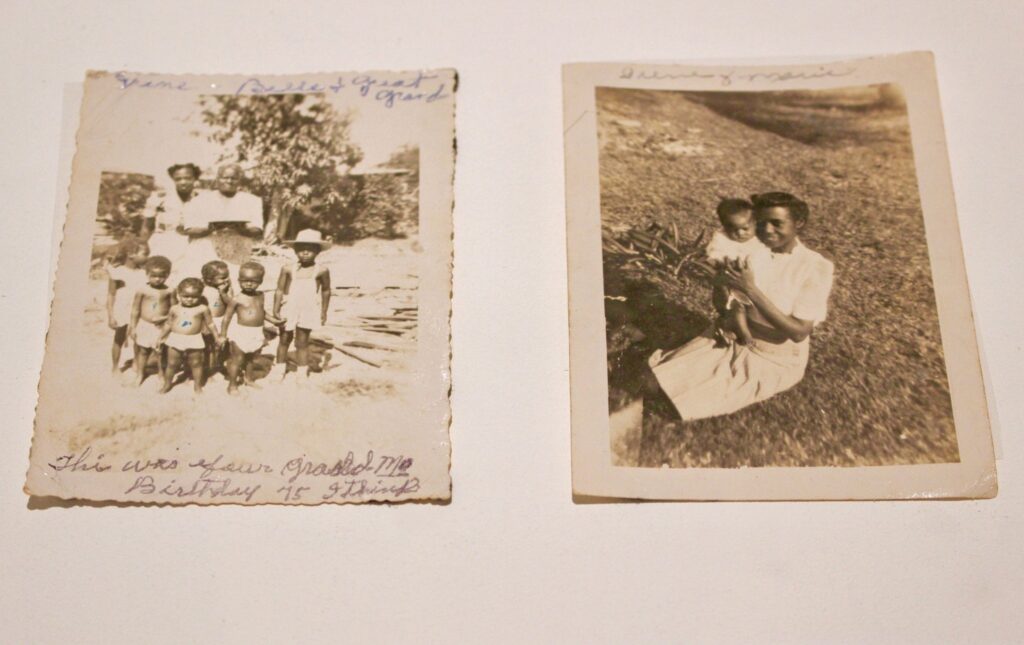 The historical significance of “Black Pearls” extends beyond preserving stories of the past. It’s about telling the future generations what it took to make it this far, the many prayers imploring for a lucky break, the tears shed, the pennies saved. Its purpose is to advocate for the designation of Pearl City as a State of Florida Historic District, which would protect the area from excessive commercial use. To preserve the precious record and advance this mission, the museum has already acquired the works. 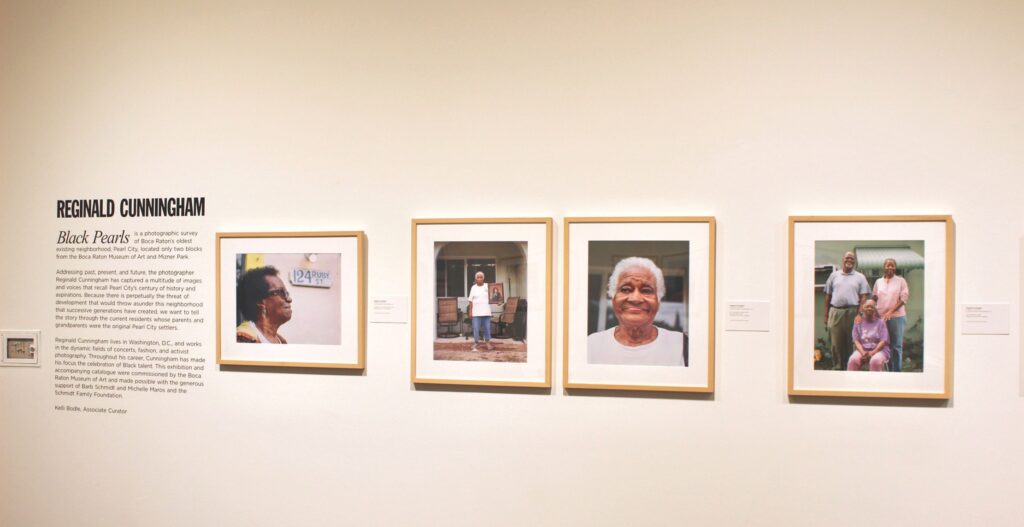 They were commissioned of a Washington, D.C.-based photographer, influencer, and activist who fully embraced photography only four years ago and has since advocated for black identity and talent through his urban style and portraiture. This the first-ever museum solo exhibition of Mr. Cunningham’s work. He personally interviewed each of his sitters before snapping their portraits. His intimate approach to the assignment shows in the institutions and emblems he chose to depict.

Among them is a bronze bust of Martin Luther King Jr. conceived in 1999, the historic Ebenezer Baptist Church, and Friendship Missionary Baptist Church, to which Pastor Calvin Davis returned after college. Despite posing with his arms crossed over the chest and exuding elegance (it’s a bright sunny day and the man is dressed to the nines, cufflinks included), his wide smile is inviting and disarming. There’s a sense of humor to the man. Notice how he has crowned his pristine attire with a cap. 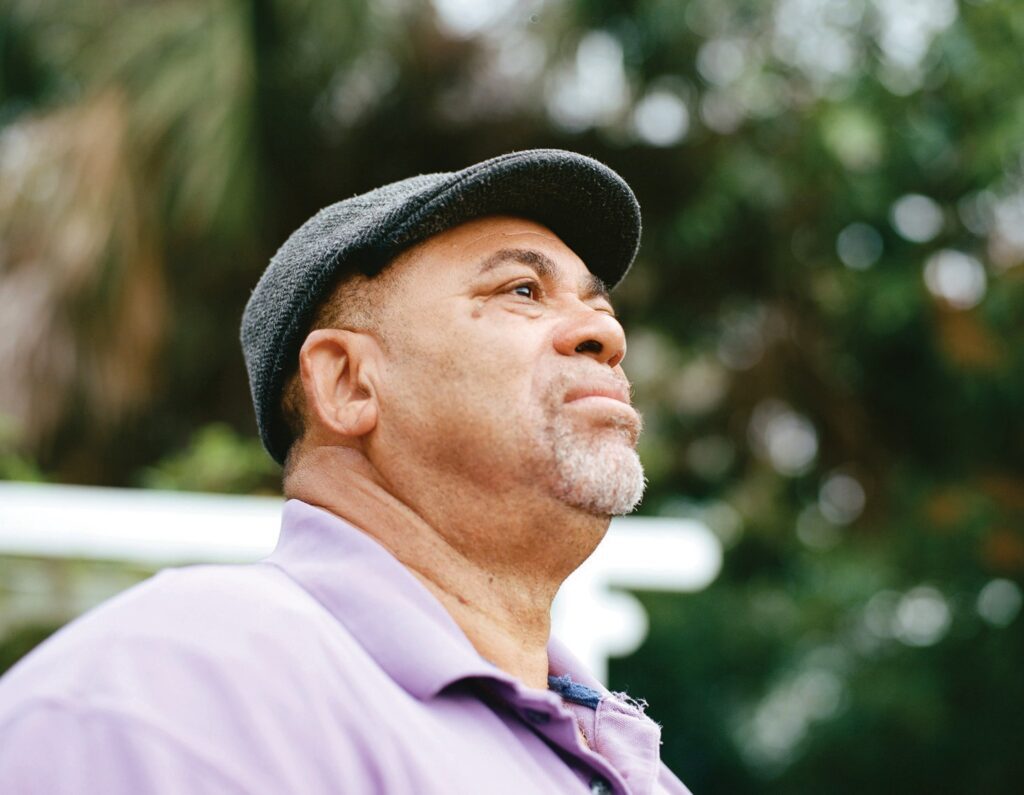 “…this area deserves to be recognized as an area that developed many generations and is still developing people in so many ways” reads the caption accompanying the photograph.

Pastor Davis knows that better than most. He is among those who moved out but never lost the connection to Pearl City. He now pastors at Friendship Missionary, one of several centers around which the community congregated and fostered bonds that remain today.

Located south of Glades Road between Old Dixie and Federal highways, Pearl City was born a decade prior to the city of Boca Raton’s incorporation, when a group of African Americans took advantage of a land auction and bought 30 lots. The way Candace Cunningham (no relation to Reginald) tells it, inequality and exclusion were part of the city’s genesis from the start.

“Their opportunities paled in comparison to those presented to white Americans, who also purchased land at two other Boca Raton land auctions that day and they got larger lots for less money,” Ms. Cunningham, assistant professor of history at Florida Atlantic University, writes in an essay she authored for the exhibition catalog. 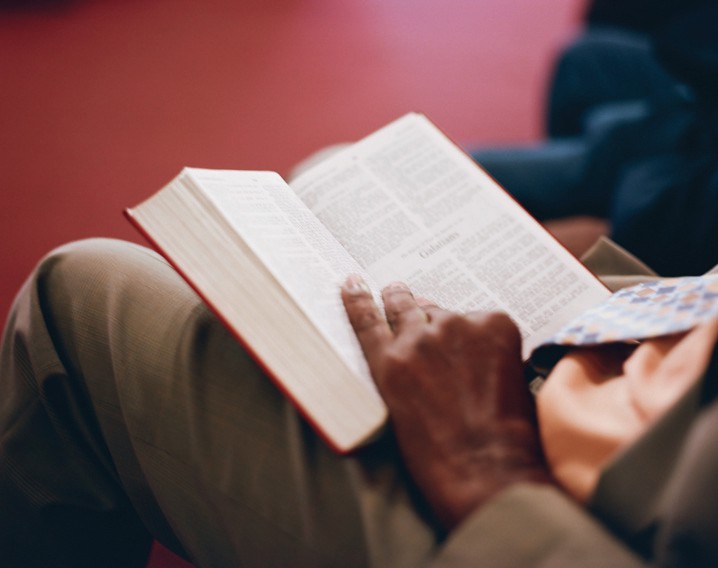 “It was by no means the land of opportunity for Blacks, but it did offer more options than they were finding elsewhere during that time in history.”

It would be a very different story were that auction held today.

“You want my land?” Mr. Martin is heard saying in one of several transcribed testimonies recorded and included in the show.

Another resident, Henry James, explains he and his wife own property in Texas, in addition to Pearl City, and could make a “decent living” if they were to sell both. But they are not interested in giving up property. 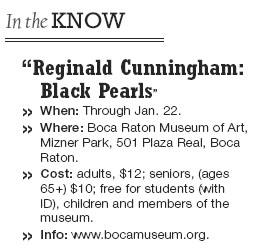